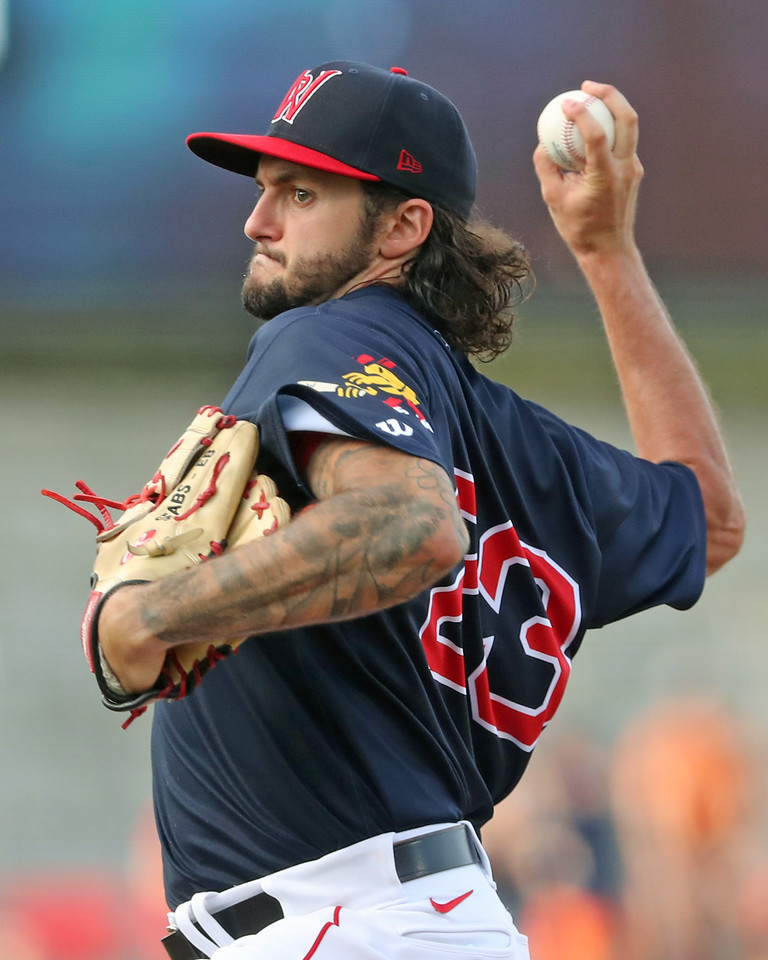 While the affiliates were winless on Sunday, there were several great performances from some of the system’s top prospects. Connor Seabold (pictured) cruised through six innings, Marcelo Mayer laced three doubles, and Brainer Bonaci reached base five more times to raise his on-base percentage to .467. Brandon Walter struggled again against the Yard Goats, while Wickelman Gonzalez had better control but still allowed four runs over six innings.

A dominant start from Connor Seabold was not enough, as the WooSox bullpen let the victory slip away. Seabold made a strong case for a look in Boston as he struck out 11 and allowed just two baserunners over six shutout innings. After struggling in his last start, Seabold set a career-high in strikeouts. Durbin Feltman gave up a game-tying two-run home run, and the Red Wings broke the game open against Zack Kelly. Kelly gave up two hits and two walks in the ninth and 10th innings.

Triston Casas and Ryan Fitzgerald once again paced the offense. Casas went 1 for 3 with a double and two walks, while Fitzgerald went 2 for 4 with two RBI.

A rough week for Brandon Walter continued as he lost his second game of the series. Walter gave up six runs (four earned) over 5 2/3, walking one and striking out seven. The Yard Goats hit three home runs, two of which came in the sixth inning. Frank German pitched to just one batter in the game, striking him out with a 100 mph fastball.

The Drive could not slow down the Tourists, as Asheville scored 10 runs on 17 hits. Brendan Cellucci surrendered two runs, while Wyatt Olds and Jordan DiValerio gave up four. Cedanne Rafaela drove in two runs and had three of Greenville’s eight hits. Nick Northcut did not hit a home run but did add a double to go with three strikeouts. He is up to seven home runs and 24 strikeouts in 50 at-bats this May. Stephen Scott went 1 for 3 with a walk and a double, and Gilberto Jimenez went 2 for 4 with a triple.

It was a back-and-forth contest, with the Shorebirds walking it off with three runs in the 11th. With two outs and a two-run lead, adenys bautista served up a three-run home run to end it. starter Wickelman Gonzalez allowed four runs on six hits over six innings, walking one and striking out five. Gonzalez has struggled with his control this year, but he got that back on track on Sunday while turning in his longest start of the year. Nate Tellier struck out four over two hitless innings, while Joey Stock gave up a game-tying double in the bottom of the ninth.

the return of Marcelo Mayer was a welcome sight, as he went 3 for 6 with three doubles. After missing several games with a sore wrist, Mayer played once on Tuesday and then was out the next four games. He was back on Sunday and certainly looked healthy. Blaze Jordan hit a long home run as part of a 1-for-6 game, and Brainer Bonaci went 3 for 4 with two walks.

Player of the Day: Red Sox fans probably wish the start came for the big league club, but Connor Seabold was excellent for Worcester. A career-high 11 strikeouts while allowing just one hit and one walk over six innings make this arguably Seabold’s best start since joining the Red Sox organization. Currently the system’s 13th-ranked prospect, Seabold seems very close to helping the big league club.